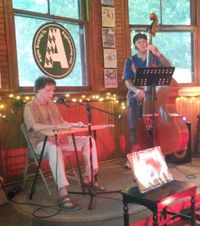 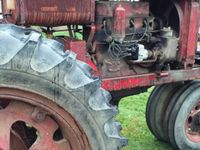 The whole weekend Brown's will be celebrating 30 years of being in business. Sunday 2/26 in Walloomsac they're calling their "hangover party." 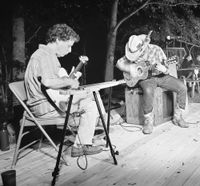 The Spice of Life

Another all-instrumental cd from groovemaster Barry "King Happy" Hyman, THE SPICE OF LIFE features guitar, trumpet, pedal steel guitar, sax, harmonica, alto recorder, flute, and mandolin solos, with lots of percussion and a big horn section. The instrumentals are all original compositions but have Caribbean, Latin, African, Brazilian, R&B, and Celtic roots. This cd is the long-awaited sequel to Hyman's More Than Halfway Home album.

Barry is joined by his old friends Jared Shapiro (bass, cello, alto recorder, oud, percussion) and Johnny Yuma (drums and percussion). Miri Wolf plays percussion on every tune. The horns are played by Charlie Schneeweis (trumpet) and Josh Greenberg (sax and flute). Special guest Marty Satalino plays mandolin on one cut. Barry and Jared play together in the band Natural History (since 1973!), Barry, Marty and Josh play together in the Hill Hollow Band, Charlie is a member of Simba (a band Barry played with from 1995 to 2000) and Johnny has been Barry's favorite drummer, on stage and in the studio, since 1980.

The format is the same as More Than Halfway Home and Barry's two cds with the band Zuela -- world fusion instrumental grooves. What is different about this cd is the fully-developed horn section parts and the use of pedal steel as well as guitar solos. Barry has been playing pedal steel guitar since 1972, but, if you know anything about that instrument, it takes thirty or forty years to get good at it! And horn section parts are no easy task either -- most musicians know that the economics of the music business make a big band with lots of horns almost impossible to sustain. So this cd represents the culmination of dreams that Barry has been pursuing for decades, and we sincerely hope you will enjoy it in the spirit in which it was made!

"Government is just an army run by rich people to protect them while they steal from the rest of us." (from High School)

"Government is just an army run by rich people to protect them while they steal from the rest of us." (from High School)

King Happy's controversial and brutally honest spoken word performances - poetic visions of the modern-day hell we all live in - will send chills up your spine. And yet the music by groovemaster Derrik Jordan (Touch The Earth, Expecting A Miracle, Super String Theory) is unbearably seductive. The synergy between the words and the music stirs the entire range of human emotions, from the mellow Marvin Gaye memories of the title tune to the horn-driven funk of the sarcastic High School, from the industrial nightmare world of Bar Code to the unbearably poignant melody that backs up The Journalist. You will dance and cry at the same time!

Jordan and King Happy have been working together on various musical projects since 1973, and they both play in the experimental improvisational trio NATURAL HISTORY, which celebrated three decades as a band with the release of Great Apes of Vermont last year. But besides attempting almost every conceivable style of music together over the years, they have also both devoted countless hours to environmental and antiwar activism. This new cd In MY Country represents the culmination of all those decades on the musical and political front lines, with both artists at the peak of their creative abilities.

Where did these gut-wrenching poems come from? Barry "King Happy" Hyman's mother was the author Shirley Jackson, whose famous short story The Lottery terrified millions with its dark depiction of human nature. His father was the highly-respected literary critic Stanley Edgar Hyman, who earned his reputation by his "instinct for the jugular." And their friend Ralph Ellison, the African American writer whose novel Invisible Man tried to warn the world about the unbearable pressures building up in the black community, was King Happy's godfather. So now, during a time when America is more polarized politically than at any time in history, with the fascists trying to consolidate their power, King Happy has combined the voices of his ancestors and is speaking out in a way that is brave and visionary, but also heart-rending and deeply disturbing.

The music by Derrik Jordan is absolutely breathtaking -- tasteful, intelligent, and always elegant. The instruments (especially the sax and flute tracks by NYC session player Erik Lawrence) wrap around the poetry like a velvet glove on an iron fist. Every poem gets a totally different musical treatment, whether it's the dialogue between the unrelenting Arabic strings and the fragile harmonica in Message To Israel, the sweet mellow jazz of How To Attain Enlightenment, or the agony of the cello and sax in We Are The Torturers. Derrik is one of the best composer/arranger/producers alive today, and it is his impeccable musical vision, that, more than anything, brings King Happy's poetry to life. Together they have made one of the most powerful and moving political statements to hit the American airwaves in decades.

Like magical guitar? Then buy this cd. Like George Bush? Then don't buy this cd. Fond of reggae? Afropop? Tropical islands? You'll love this record. Fond of stocks and bonds and loaded guns? Sorry, we can't help you. Like to make

Like magical guitar? Then buy this cd. Like George Bush? Then don't buy this cd. Fond of reggae? Afropop? Tropical islands? You'll love this record. Fond of stocks and bonds and loaded guns? Sorry, we can't help you. Like to make love in the warm sun? This is the music to put on before you start. Like to watch war movies in the dark? Wrong website; go elsewhere. Is music your medicine? This cd can be your doctor and your nurse. Is "Homeland Security" your remedy? You need a second opinion!

If your life is a dance, then here is your dance. Peace and joy be with you, my sisters and brothers.

"...the kind of smooth sound that would make it agreeable to listen to with a glass of some choice beverage after a day hard at work." -- The Bennington Banner 11/19/05

Man Already Up In The Hills