A World of Music! 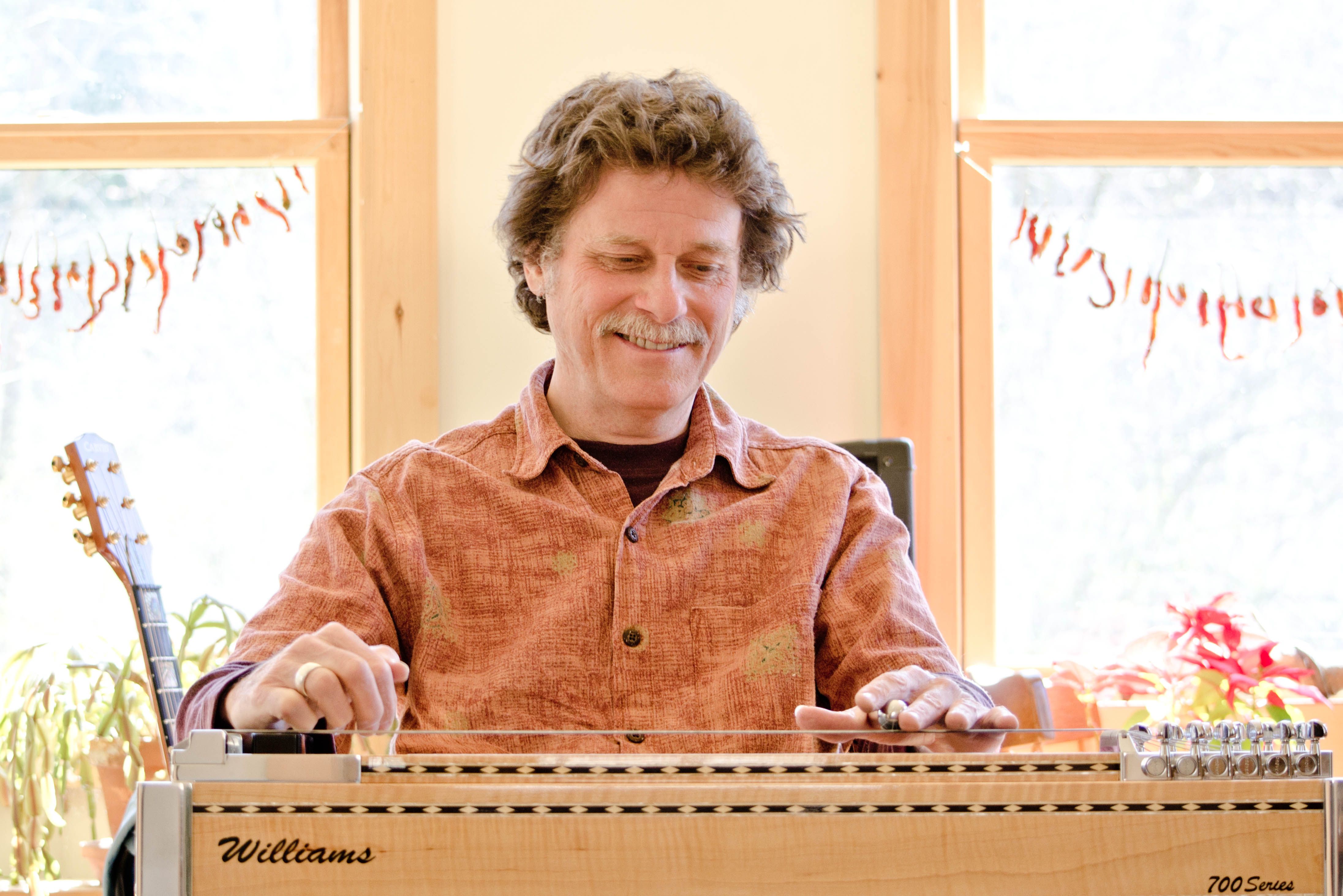 Everybody has heard of fast food.  Some of you more sensitive and enlightened types have probably heard of slow food.  Well now it's time for you to meet the man who invented Slow Guitar!

Barry Hyman, who has been playing guitar, sitar, and pedal steel guitar since way back in the previous century, tries to make every note sing.  Would anyone ever want to hear a singer "shred" a song?  Barry doesn't shred.  He doesn't care how many notes you can play per minute.  Can you play the right note at the right time, with a sweet tone?  Can you shape it and massage it and make it special?  Everything nowadays moves too fast.  When you are making love, are you in a hurry?  We hope not!  Sit back, get comfortable, and enjoy some Slow Guitar...

Barry Hyman (AKA King Happy) is a performer, composer, bandleader, recording artist, and music teacher. He specializes in guitar, pedal steel guitar, and surbahar (bass sitar), but he also sings and plays bass, harmonica, keyboard, banjo, sitar, lap steel, and percussion. He began playing guitar in 1964 and has been performing regularly ever since. He started his own independent record label, Sweet and Happy, in 1983, and has released many albums over the years. Barry has played from coast to coast in dozens of duos, trios, and bands, and has performed on tv and radio many times. His award-winning compositions have been used to accompany films, dance performances, and plays. His spoken word tune “Recruiters” was played on NPR, and “The Journalist” reached #7 on the American Idol Underground national charts. (Click "CDs and Books" for the link to hear these tunes from the King Happy "In My Country" cd.) Barry currently performs as a solo artist and in four bands -- the DREAD RESISTORS, HILL HOLLOW, the CINDY LEGGE TRIO, and NATURAL HISTORY.